In this trade blog, B+LNZ's Senior Trade Policy Advisor Nicholas Jolly discusses how we’re working with our counterparts in the United Kingdom on shared issues such as carbon forestry and measuring methane.
Thursday, 18 August 2022

It has been a while since the last trade blog as I – Nicholas Jolly, Senior Trade Advisor (Environment) – have been taking annual leave with a holiday to the United Kingdom (UK). However, it hasn’t been all play as I was able to do a week of work at the end, including speaking on a panel at the UK National Sheep Association Conference about market opportunities for the UK sheep industry.

Due to the pandemic and COVID-19 travel restrictions, we haven’t been able to meet in person with our international counterparts and partnerships. Being able to put faces to names, strengthen current relationships and build new ones is invaluable for international cooperation. While the UK has historically been an important export market for New Zealand sheep farmers, we are now looking to cooperate with them on shared issues that are common to agriculture worldwide. 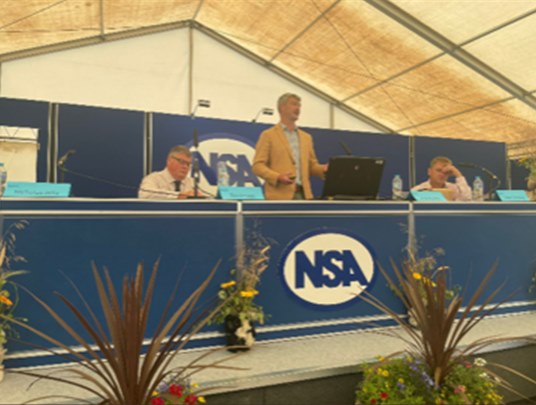 Now that the UK has left the European Union (EU), it is now subject to the same regulations that New Zealand needs to meet when we export to the European Union. Working together to ensure that any rules and regulations are made in a way that doesn’t negatively impact trade is now an area where the UK and New Zealand can work together given that we make up over 90% of EU sheepmeat imports.

Below I have listed some of the shared challenges that I discussed with British farmers, industry organisations, Government, and importers during the week I was working in the UK.

There is a lot of talk in the UK about on-farm sustainability, particularly in terms of climate change and the Government policies relating to it. The Welsh in particular are concerned about the increased planting of trees on productive farmland. As the UK doesn’t have an established carbon forestry market these conversions are being driven by private companies through their own offset programs which is a slightly different situation to New Zealand. 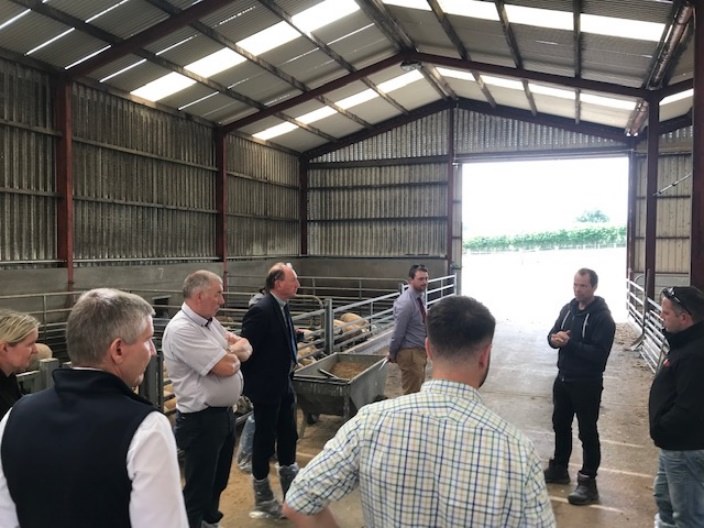 GWP* is still relatively unknown amongst farmers and the wider UK agricultural industry. However, AHDB (the levy body covering arable farming, horticulture, and agriculture) has a good understanding of it and is currently developing its position on it, including investigating the potential for dual reporting of the agriculture sector’s emissions using GWP* and GWP100.

We will continue to work with UK farmers on GWP* and other climate change related issues. New Zealand is seen as a leader in this space and there was a lot of interest in what New Zealand farmers are doing to mitigate emissions and adapt to a changing climate.

There is a lot going on at the moment in the UK agriculture sector that is taking up a lot of focus – the main one being subsidy reform and understanding how Brexit is going to affect them going forward. While there is talk of sustainability, it is relatively surface level and not joined up well between government, industry, and farmers, even though there is a lot of change happening.

A farm we visited spoke of how they were required to plant wildflowers for insect and bird populations but had to replant the crop every two years regardless of how it was doing. When they showed us the crop it had been in 1.5 years and was looking good – however they felt it could’ve been improved by running some cattle through it to crush the seeds into the ground and provide some nutrients. This would have made them ineligible for the continued annual subsidy of £500 per hectare though.

Subsidies in all four nations (England, Wales, Scotland, and Northern Ireland) are going to change to differing degrees and there is a lot of uncertainty as to what this will look like. These new programmes are likely to be more targeted (for specific outcomes such as biodiversity or climate change) compared to previously policies which were broader and were based on a per hectare payment.

Figure 3: wildflowers being grown on an arable farm in Southern England for biodiversity.

Currently, an average of 61% of farm profit (9% of revenue) comes from these subsidies and higher in some sectors. There is significant concern about how the redirecting of these subsidies will affect farmers. In England, all farmers must move to the new system of payments within seven years, and they are already one year into this process. The total value of subsidies is expected to fall significantly, with more rigorous requirements regarding how Government priorities are being met. This is also likely to add costs as more consultants will be needed to apply for the payments.

There is a wide range of views in the UK agriculture sector on this reform. While some see it as the end of British farming, some younger farmers see it as an opportunity for them to purchase farms as older farmers leave the industry and as land values may fall.

There is interest from UK retailers in New Zealand market assurance programmes such as NZFAP+. In the UK, there is a large range of programmes with Red Tractor (estimated to be around 40% of farmers) the most common. On top of that there are many other schemes, all professing to add additional value by certifying other aspects (mostly environmental).

This creates a confusing environment for retailers and consumers and is frustrating for farmers who see these additional assurance schemes as adding additional cost and little value. Demonstrating the high standards that our farmers are meeting will be crucial if we want to continue to be a trusted source of imports for UK retailers and consumers.

While there was some concern about increased trade from New Zealand, much of the focus is on the UK-Australia deal. This was particularly evident in the sheep farming community where New Zealand has a good reputation in terms of farming systems and is mostly accepted as having a place in the British market.

The fact New Zealand are not restricted by current sheepmeat quota volumes and are unlikely to export more sheepmeat to the UK following ratification of the Free Trade Agreement (FTA) seemed to be relatively unknown by most British farmers which I felt demonstrated that they are relatively happy with how New Zealand red meat is produced.

Now that the UK has left the EU, they will be subject to EU market access requirements along with New Zealand. The EU is their largest market for most products as it is close to the UK, wealthy, and there are no tariff barriers (although there are some other trade barriers that have impacted trade post Brexit).

We pointed out that as New Zealand and the UK make up 90% of EU sheepmeat imports, we need to work together to ensure the quality of our access is not reduced. The UK has been so focused on domestic issues and leaving the EU they have not kept an eye on new EU proposals that could affect their trade (such as deforestation assurance requirements being extended to sheepmeat).

With all of the change going on in the UK agriculture sector at the moment, focus is on domestic issues rather than international cooperation. While most organisations expressed interest in working with New Zealand on specific issues, they do not seem to have the time to engage fully.

The following issues are areas where opportunities for collaboration were identified:

As the UK has similar systems to New Zealand, with predominantly grass-fed animals they are an important ally in advocating for our farming systems to be recognised as sustainable. Engaging with the UK (and other international partners) on these issues gives us a stronger voice than if Beef + Lamb New Zealand (B+LNZ) were to do it alone. Now that the UK has left the EU, there are much more areas for cooperation, such as working together to grow international sheepmeat markets in countries like the US and Asia.

With the UK and New Zealand sharing a cultural history, as well as relationships built through generations of farmers funding their overseas experience by working on farms, we are enthused to see these continue and provide a base for further cooperation.

Keep an eye out for our Next Generation Sheep Programme that we are looking to launch later this year with other sheep farming countries!

View articles from B+LNZ’s Trade Policy team on a variety of topics.