This prestigious award recognises a New Zealand-based individual, within the primary sector, who has been considered a leader in their field of work for 20 years or more.

In selecting the recipient for this prestigious award, the judges were looking for long-standing commitment to the New Zealand primary sector, passion for the sector and its future and actions or initiatives that go beyond their day job and benefit the industry, the community and country.

In his forty-plus years with Beef + Lamb New Zealand (and the organisation’s previous incarnations), Rob has done all of this and more. He is highly respected by farmers, the wider industry and his work colleagues within B+LNZ.  This was recognised by him being awarded an Officer of the New Zealand Order of Merit (ONZM) in the 2016 New Year’s Honours List.

As Executive Director of the Economic Service, Rob works on a range of issues from climate policy to forecasting meat production, drawing information from the Economic Service’s annual Sheep and Beef Farm Survey that is now in its 70th year.  The Survey, as a trusted source of information, continues to underpin a huge amount of policy work in the primary sector and is the baseline to forecast production and future direction of sheep and beef farms in the economy.

In receiving the Outstanding Contribution award, Rob described how he started his career as a farm cadet working in the Wairarapa hill country. He completed a Diploma in Sheep Farming from Massey University and later completed an honours degree in Agriculture Commerce at Lincoln College before joining the Meat and Wool Board’s Economic Service as a research officer. He applied for the Executive Director’s role in 1989.

Over his time with the Economic Service, Rob has seen sheep and beef farmers deal with the oil-shock of the mid 70s, the peak sheep (70 million) and subsidies period of the early 1980s, deregulation in 1984 and the floating of the New Zealand dollar.

“Whatever one likes to think, the primary sector is a huge and significant engine in the NZ economy.”

“For the forseeable future, NZ needs to continually develop the primary agriculture sector as well as developing new industries – it should never be instead of.” 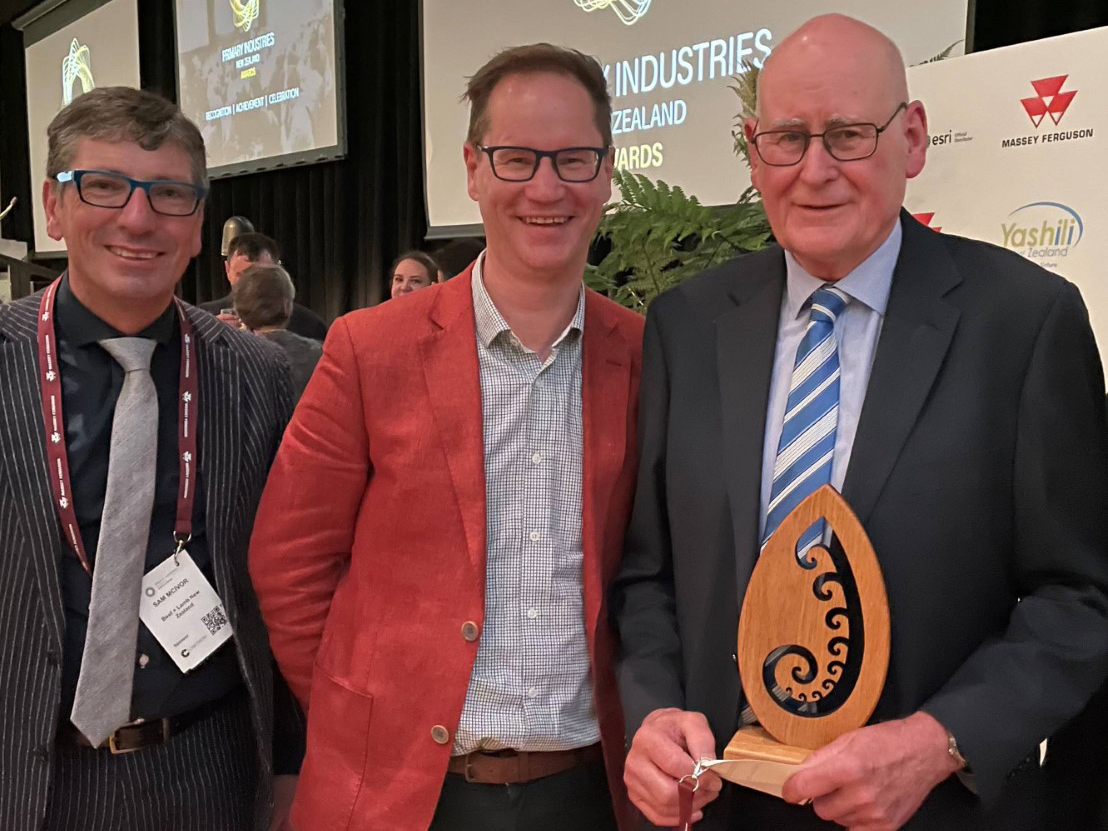 Awards
Tuesday, 24 November 2020
Whatever one likes to think, the primary sector is a huge and significant engine in the NZ economy.

Beef + Lamb New Zealand has been working hard to promote new research that confirms the carbon footprint of New Zealand beef and lamb is among the lowest in the world.

Since the Waimatā Catchment Restoration Project formed in 2020, the group continues to make a visible improvement to the health of the Waimatā River and biodiversity in the wider community.