This week, 'Meeting Change: the NZ Red Meat Story 1997–2022' was released. Commissioned by the New Zealand Meat Board, it outlines our sector’s achievements over the past 25 years and its vital contribution to the national economy.
Thursday, 30 June 2022

Written by Ali Spencer and Mick Calder, it’s the third in a series of histories of the sector and follows Golden Jubilee edited by Dai Hayward (1972) and Meat Acts, written by Janet Tyson and Mick Calder (1999).

Andrew Morrison, Beef + Lamb New Zealand (B+LNZ) and NZMB Chairman, said the book makes for compelling reading and demonstrates the sector’s resilience over the past 25 years, the evolving role of the Board and the importance of B+LNZ.

“It also shows the many reasons New Zealanders have to celebrate our red meat sector.

“Over the past 25 years, we have arguably seen more change than in the previous 75 years. No sector in New Zealand has had the productivity gains that the sheep and beef sector has achieved since the 1990s.

“There has been huge growth, especially in the value of exports. This has been helped, among other things, by the work of B+LNZ and its predecessors on market access, research and development, genetics and farm productivity.

“This new history covers the investment in the Red Meat Profit Partnership (RMPP) with its Action Network, which we believe is one of the largest global farm change programmes.

“It details the technological advances, innovative approaches to climate change mitigation, increasing our understanding of the consumer, the foresight around negotiating market access and the move to better paying markets.”

Meeting Change also traces the evolution of B+LNZ, which took over the sector’s industry good responsibilities, with the NZMB continuing to deliver for the industry with its effective quota management function helping underpin the sector’s success.

The NZMB currently oversees $2.3 billion of red meat exports to the quota markets of the European Union, United Kingdom and United States. It also has responsibility for more than $80 million of farmer reserves, providing crucial funding to assist in re-opening export markets in the event of any major industry crisis.

The Board’s duties are set to expand further with NZMB taking on responsibility for the administration of the transitional Free Trade Agreement quotas between the UK and New Zealand once the deal is ratified by both countries.

Meeting Change, which has been edited by Janet Tyson, was launched at an event at Te Papa on Wednesday 29 June.

The launch event followed B+LNZ’s annual Farmer Council Conference, which gave Farmer Councillors the opportunity to attend along with current and former Meat Board members and staff, and other key players in the sheep and beef sector. 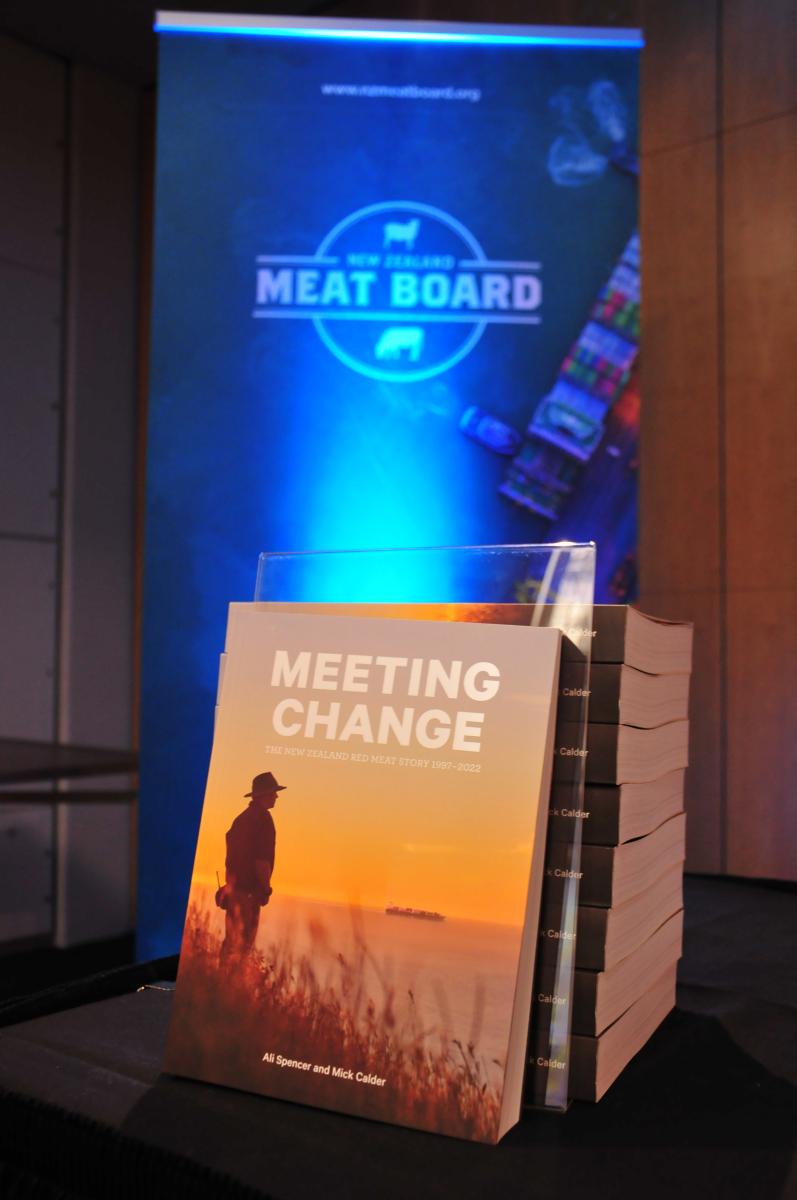 You can purchase a copy online or email sales@meetingchange.nz

New Zealand Meat Board
Thursday, 30 June 2022
It also shows the many reasons New Zealanders have to celebrate our red meat sector.