Commercial farmers can bank on estimated breeding values (EBVs) for calf weaning weights delivering on what they predict.

Initial results from the Beef + Lamb New Zealand (B+LNZ) Genetics beef progeny test are rolling in and the second cohort of calves is due on the ground in coming weeks.

The test is being run across five large commercial properties and involves about 2200 cows and heifers each year. Its goal is to determine how bulls of different types perform under comparable commercial conditions. It aims to put a dollar value on the worth of superior genetics – from both the perspective of breeding cow performance and finishing stock’s carcase attributes.

B+LNZ Genetics general manager Graham Alder says that, at this point, there are three key results for commercial farmers to note.

Mr Alder says farmers should be very reassured by the results. “They were achieved across the country on five large-scale farms, across different breeds and with both highly-proven bulls and bulls that could be purchased by commercial farmers at most bull sales.

“The key point is the calf weaning weight EBV will largely deliver what you expect. So, if you want heavier calves, choose bulls with heavier 200 Day Weight EBVs.”

“AI success improved markedly between Year 1 and 2 of the test – likely due to improved cow body condition scores, more feed handy to yards, quieter cattle, and a tighter calving period resulting from the success of the year 1 AI programme.”

Dr Archer says the other noteworthy point for commercial farmers is the importance of body condition score at mating.

“Analysis of the project’s pregnancy data against body condition score reinforces what we already know – that a better condition score is important for re-breeding. For reproductive success, a minimum score of 6 at mating is recommended, but greater than 7 is optimal.”

Tautane Station is one of the five properties involved in the test. The 3,700-hectare station is owned by Ngati Kahungunu and leased to the Taratahi Agricultural Training Centre. Manager Matt Smith (pictured) says that, while it is early days for test results, everything to date is positive.

“There will be some really great information come out in about 12 to 15 months. For instance, I’m looking forward to seeing how the heifers perform – particularly those from high-growth sires. Will they stand up to our commercial conditions?”

Mr Smith says it all comes back to efficiency. “I don’t want big cows. I want a cow that will work hard over winter, hold her condition, get in calf and produce a calf that grows well.”

“We’ve always scored them, but by eye. Now we have a figure and we are all on the same page. The aim is a score of 7 at mating.”

The use of AI has not passed Mr Smith by. “We are looking at using it on a commercial basis. It opens up such a large pool of genetics – and from bulls we could never afford to buy.”

This graph shows progeny test bulls’ 200 Day Weight (weaning) EBVs and how they matched on-farm weaning weights in their calves. When EBV goes up, so does average weaning weight. This was the case for all bulls, across all breeds. 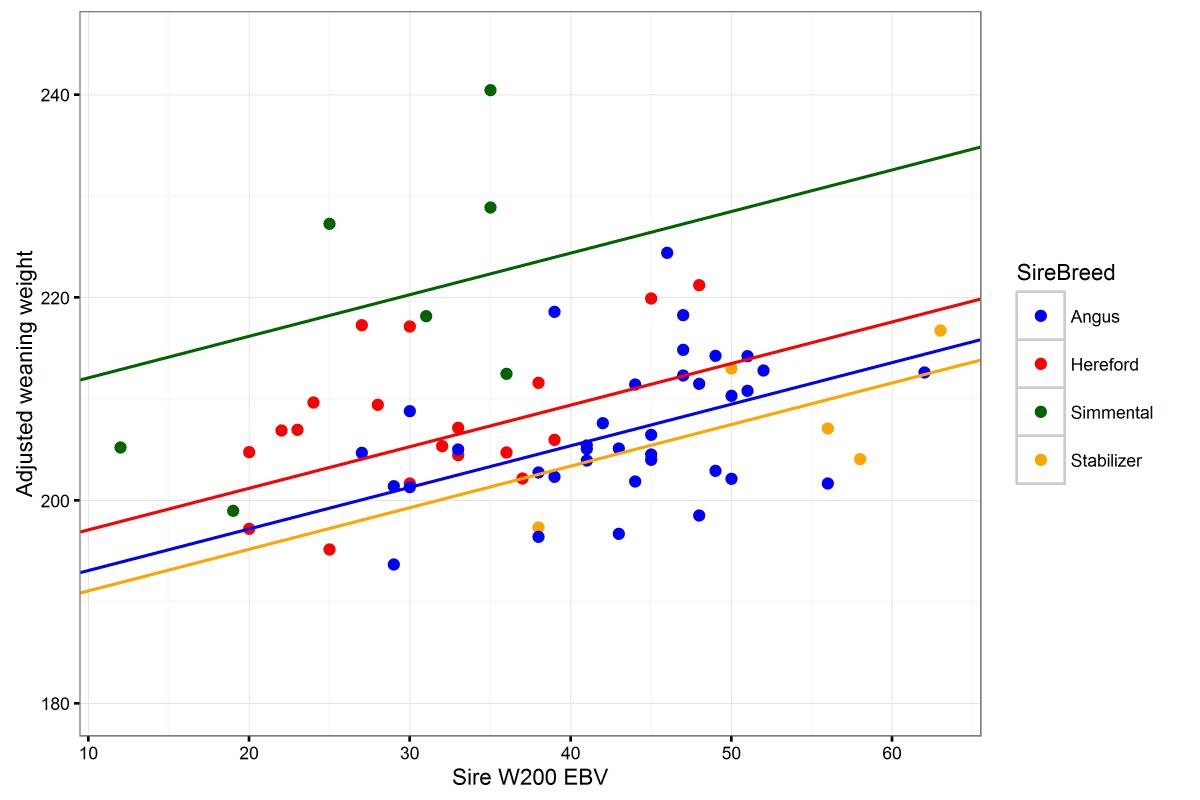 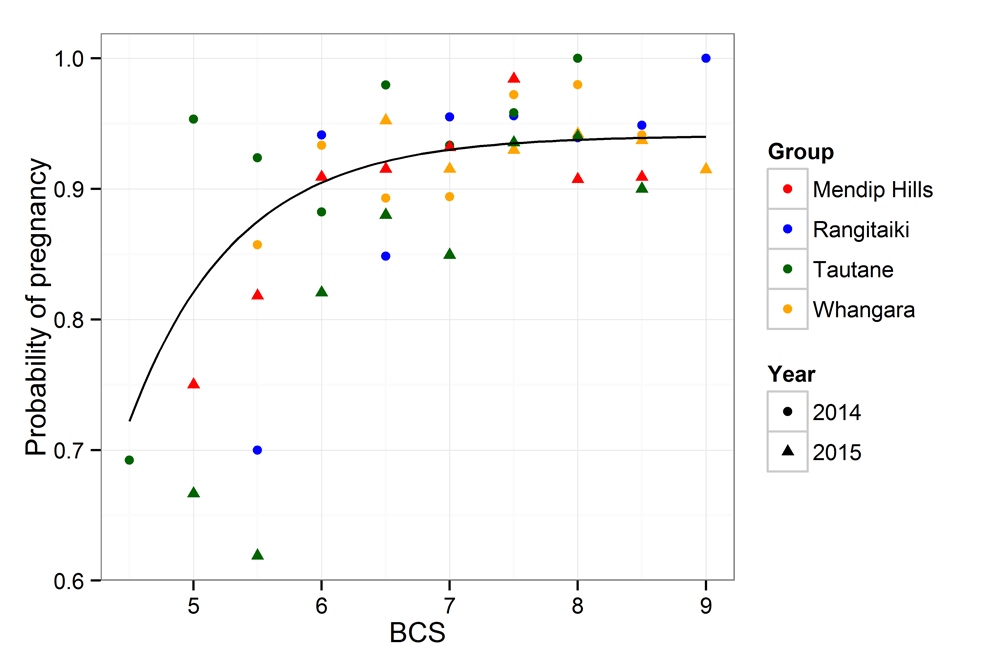